In January of this year I decided to take up cycling after seeing the posh bird Ester doing it for the last few years and then doing a 110 mile cycle for charity. It gave me the push to join in. I bought a cheap bike just to test the waters and decided that I really liked it, so now it was time to get a decent bike for myself. I contacted a great guy called Adam who owns a company called Flandria which is an old Belgian brand that has a huge amount of heritage and history behind it. Adam measured me up for the frame and then my friend Howard built the bike. After 3 months of saving, scraping, cursing and swearing, I finally got it and I love it so a big thank you to Howard and Adam for all their help. I have even collected a few bruises along the way but the 28 mile round trip to work is both hard and enjoyable 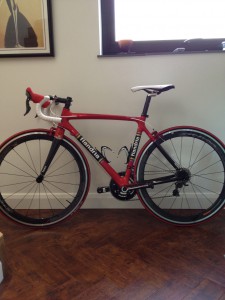 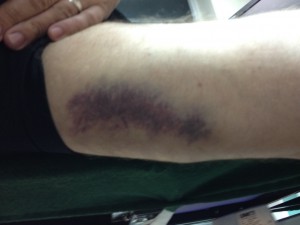